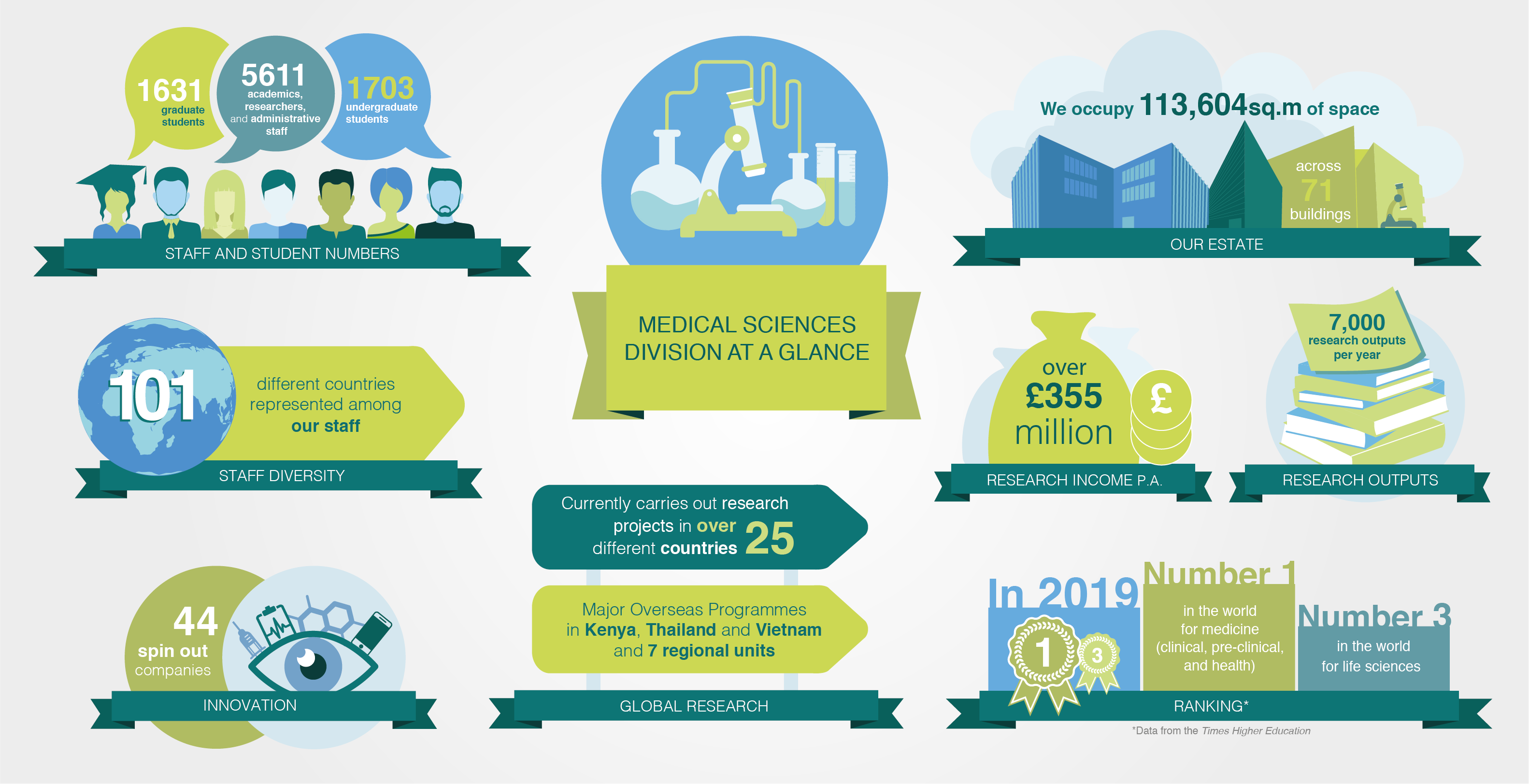 We are proud to be a centre of excellence for biomedical and clinical research and teaching, in the last seven years we have been ranked number one amongst the THE World University Rankings for clinical, pre-clinical and health sciences.

What is a clinical academic?

Because of their links to the National Health Service (NHS), clinical academics

The Human Resources Team within the Medical Sciences Divisional Office administers the HR processes for clinical academics for the following staff groups:

The Medical Sciences Division works closely with the following NHS Trusts for its HE staff: